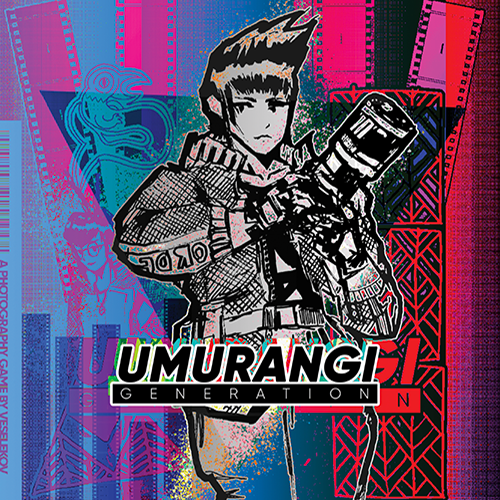 Naphtali Faulkner (Ngā Te Rangi), who comes from Katikati and who is now living in Australia, funneled the loss of his mother’s house in the recent Australian bush fires into a distopian video game where the player is immersed in a cyberpunk vision of Tauranga.

Naphtali’s game has been well recieved and has a 94% positive rate on Steam (no easy feat).

Released in May 2020, Umurangi Generation puts you in the role of a courier with the side hustle of taking photographs during a literal Kaiju, (Japanese for, ‘a strange creature,’ like Godzilla) attack.

Players explore a cyberpunk version of Tauranga and surrounding towns including Otūmoetai, The Strand and Katikati. The player must capture “picture bounties” to advance through the levels and advance the story.